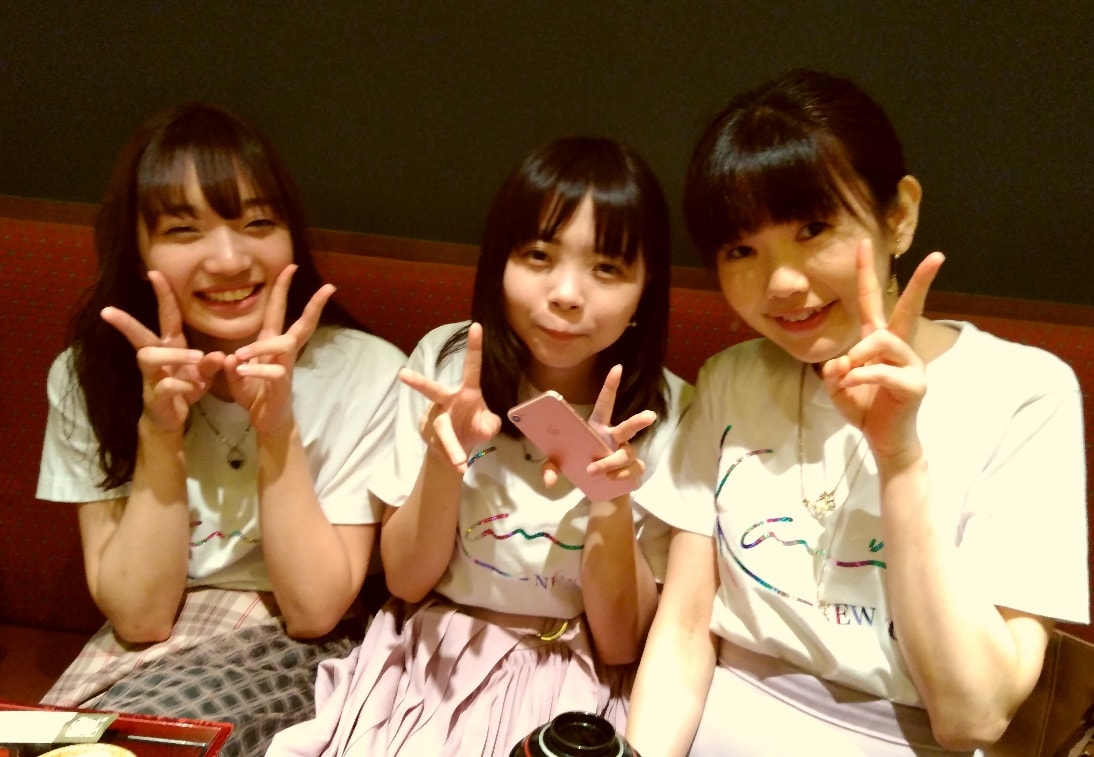 Gyoseishoshi Hitomi Miki (has been lived in the United States of America as an exchange student for 1 year when she was in high school)is on the right side of the picture and she speaks English.
Yumi Hara on the left in the picture has lived in South America(mainly Bolivia ) in her youth so she speaks Spanish.
The girl in the middle is Mejiro, she used to work at our office as part time job, and she still sometimes comes to help us. She now is a young Japanese popular artist. She is using twitter so you can follow her.(We created her website:萌白 Mejiro)

Gyoseishoshi is nationally qualified job in Japan, so we have duty of confidentiality. We provide consultation on application procedures to Japanese government including Immigration Services Agency of Japan and municipal offices (so we can support and accompany you even after starting business in Japan as you may find yourself struggling with Japanese unique culture or business practices.), as well as documentation and consultation on proof of rights and obligations and facts.

We regarded that you are planning to open a company in Japan, and we will inform you brief general details.

We are sure that you have a variety of business plans or ideas that Japanese people hardly come up with.

When a company which exists in the home country conducts business in Japan as the main entity, Japanese branch should be set up, and it is a bit different from the procedure to establish a totally new corporation in Japan.

We will focus on the establishment of Kabushiki-Kaisha (joint-stock companies which are most chosen and high social credibility). Needed minimum capital is 1yen or more, and number of investors is 1 or more. Liability of investor is limited to amount of investment money.

★If you already have someone who can be a representative director of the Japanese Branch IN JAPAN NOW, there’s no need to obtain business investor visa.

Another choice of our two suggested patterns is to establish a totally new corporation in Japan. In this case, you may either choose to proceed incorporation process with your business partner in Japan or you can visit Japan by 4months Business Manager visa (we can apply for you) and while you are in Japan for 4 months with that visa, you can complete establishment of a company (setting up a bank account in Japan or so on ) and then we apply your visa for longer period on behalf of you.

Many of our customers often question whether working visa can be issued to their employees. The answer is ‘YES’ it is possible to apply for visa when you hire foreign staff after you started business in Japan, and it is mandatory to obtain a status of residence (＝visa) appropriate to the content of the activity so when hiring foreign staff, it is must to apply for the visa that allows the staff members to work.

In current situation, most countries subjected to entry ban for the time being because of COVID-19, so if your business partner is currently in Japan now, it is best to meet at our office or your partner’s office or convenient place and we support you with setting up business in Japan. 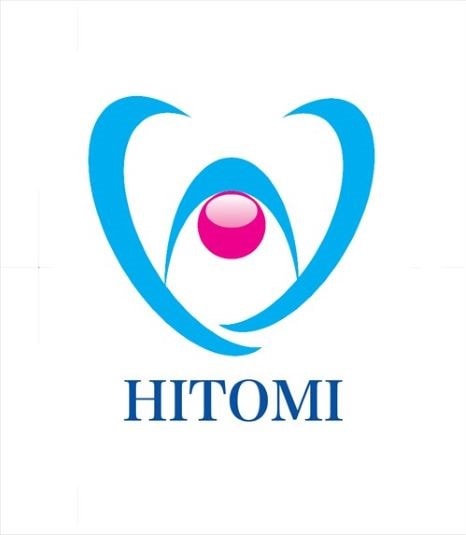 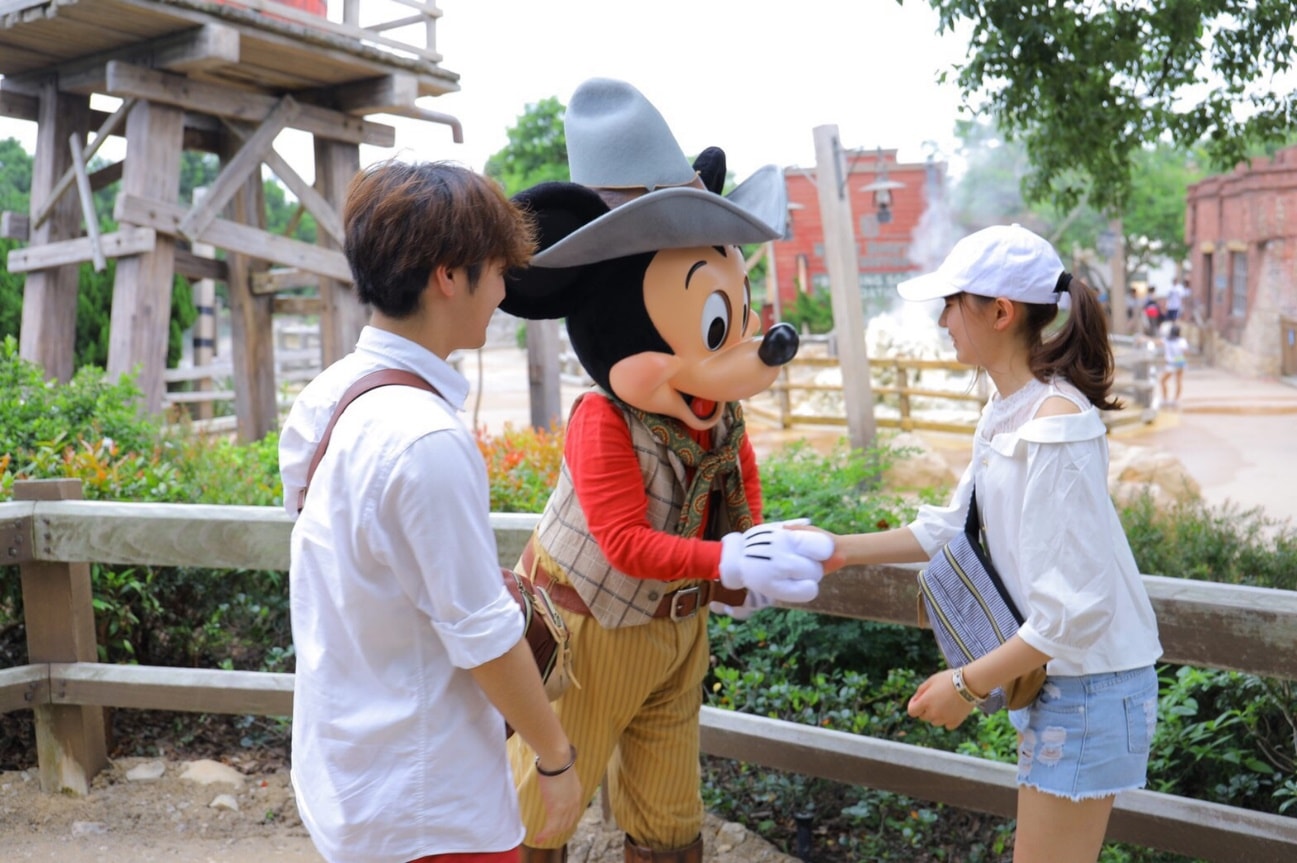 This picture is when all the member of Hitomi Law Office visited Disneyland before covid19.

Question 1. Can you tell us which option is more suitable for Our Company?
1) Subsidiary that is treated as a domestic corporation.
2) Branch that is treated as PE of our company.
Answer.1
When foreign companies operate business in Japan, at least one representative director needs to be appointed. From now on, our explanation is based on the premise that you have representative in Japan who is already a resident of Japan.

☆About Branch Office (so called Shiten in Japan)☆

Establishing a branch is different from establishing another new company, it is registering as a foreign company (as PE of your company). Setting up a branch is generally the simplest way for foreign companies to establish a business presence directly in Japan. A branch itself doesn’t have an independent corporate status so your home country’s company is legally responsible for the activities of its branch in Japan. Parent companys pay the expenses and also collects the profits made by Japanese branch office, and those profits need to be integrated to the company’s annual accounting.

A branch office needs to declare and pay corporate taxes (the tax amount is based on the profits of the branch) in Japan.

Before 2005, when a company needed to invest 10,000,000 yen to incorporated a Kabushiki-Kaisha (most popular form of a companies in Japan ) the option to register a branch in Japan was attractive because of no need to invest paid-in capital. With the drop of paid-in capital requirements since 2005, the advantage of setting up cost is lost for branches.

There is still useful point in some, such as ①Branch’s name will be the same as your company of your home country ②Branch is considered an annex of your company’s head-office so it branch inherits the value parent company paid-in capital, and inherits its officers ③No need to have a separated capital in Japan ④easier and cheaper to establish branch than subsidiary, but I don’t really recommend setting up a branch office because Japanese branch-office creates a permanent establishment ‘PE’ in Japan. This means that Parent company must pay income tax on the part of Japanese sales attributable to the branch-office. The Japanese tax office assumes that all sales Parent company makes in Japan are attributable to the branch-office unless the foreign company can prove otherwise, thus a Japanese branch office creates Japanese corporate income tax exposure on all of Parent company’s Japanese business income, unless satisfactory explanation of sales and accounting processes.

Especially, if parent company’s paid-in capital is more than 100,000,000yen, it is better to consider avoiding setting up a branch because the Japanese Corporation Tax Law considers such big companies as large enterprises and charges them high minimum local income taxes.

Of legal importance, even though branch exists in a separated legal jurisdiction, a branch is not a separate legal entity from Parent company so Japanese branch’s liabilities, whether debt, employee, product are ultimately liabilities of it. Japan’s Commercial Code imposes strict statutory responsibilities on directors of companies and likewise on both the representative of a Japanese branch and on the officers of Parent company also.

Subsidiary is more suitable for you if it is preferable to avoid disclosing the information on Parent company(Ex, directors, amount of capital) or to have separate accounting from Parent Company. And if there will be a certain amount of turnover in Japan that would be likely to generate profit locally.

Overall, Branch can only engage in commercial activities based on the capital of Parent company, while Subsidiary is possible to make commercial activities in Japan and also add or change them.
It is cheaper and easier to establish Branch than Subsidiary, but if Parent company’s paid-in capital is more than 100,000,000yen, it is better to consider avoiding setting up a branch because the Japanese Corporation Tax Law considers such big companies as large enterprises and charges them high minimum local income taxes.

Question 2. Tell us which documents required to open the office in Japan?
Answer 2.

・Either establishing a branch or a subsidiary of your company in Japan, specifying representative and place of business in Japan, Japanese bank account is mandatory,
・Affidavit certified by your home country Embassy/ Consulate in Japan or a public notary of your country
→To prepare Affidavit, registry certificate of your company, Articles of Incorporation of it and those two’s Japanese translation are required.
・Seal certificate (inkan shomeisho in Japanese) or signature attestation of the Representative in Japan(issued within 3 monts)
・Company(or Branch)’s official seal(to be registered at the registry office in Japan)

3. We want to know maximum employees possible to send from our country to work in Japan?
Answer 3.

Maximum number of employees possible for a company depends on Visa categories. So before answering this question, I have to know information below.

・Parent Company’s Objectives(What is written in the Article of Incorporation(in Japanese, it is called Teikan) of your company)
・Amount of Parent company’s paid-in capital
・What kind of business you want to operate in Japan
・What kind of work will be for your employees in Japan

※Japanese translation fee is not included. Our office has introduced the system of electronic signature (which makes cost-cut and high business performance).

※Fees may change depending on the situation of each case. Expenses such as translation fee or stamp fee may be charged besides those fees.

Payment is direct deposit money to our office bank account below.

We are looking forward to be working with you!! 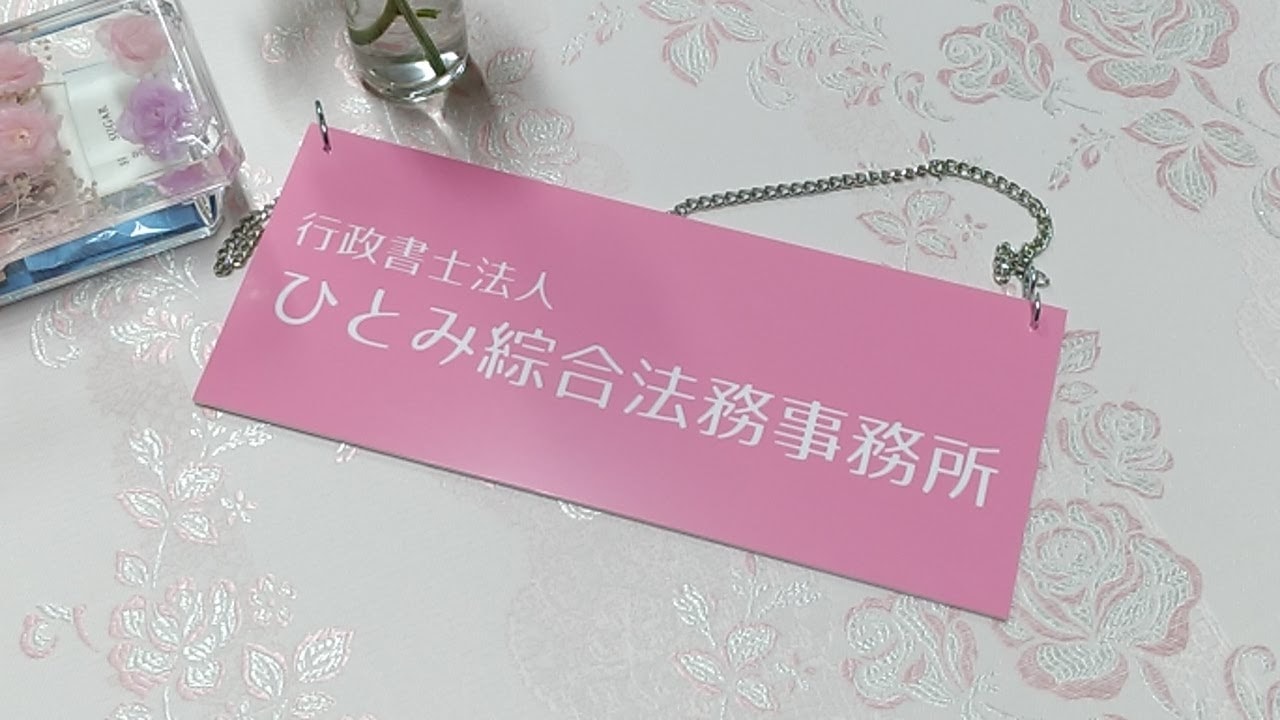 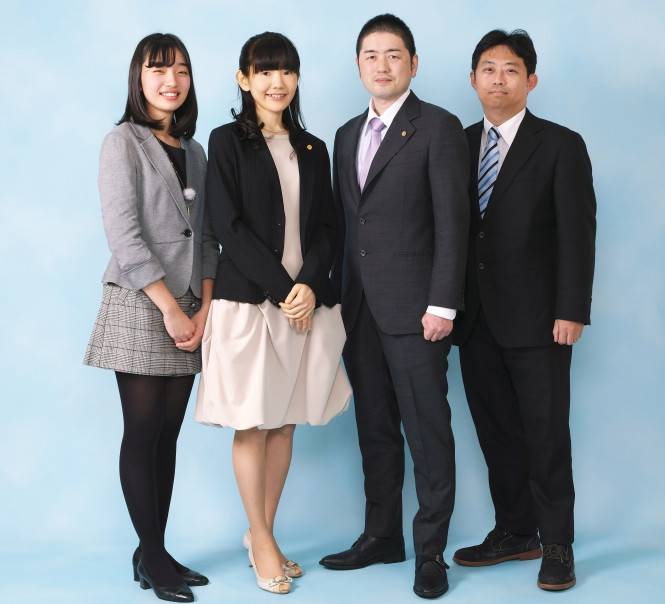 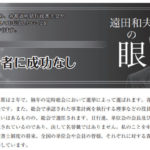 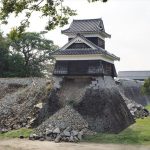 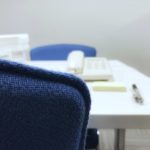 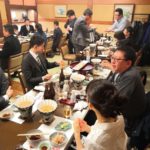 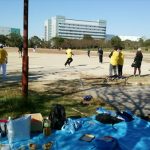 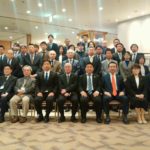 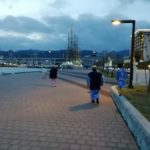 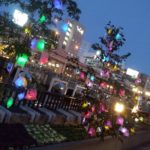 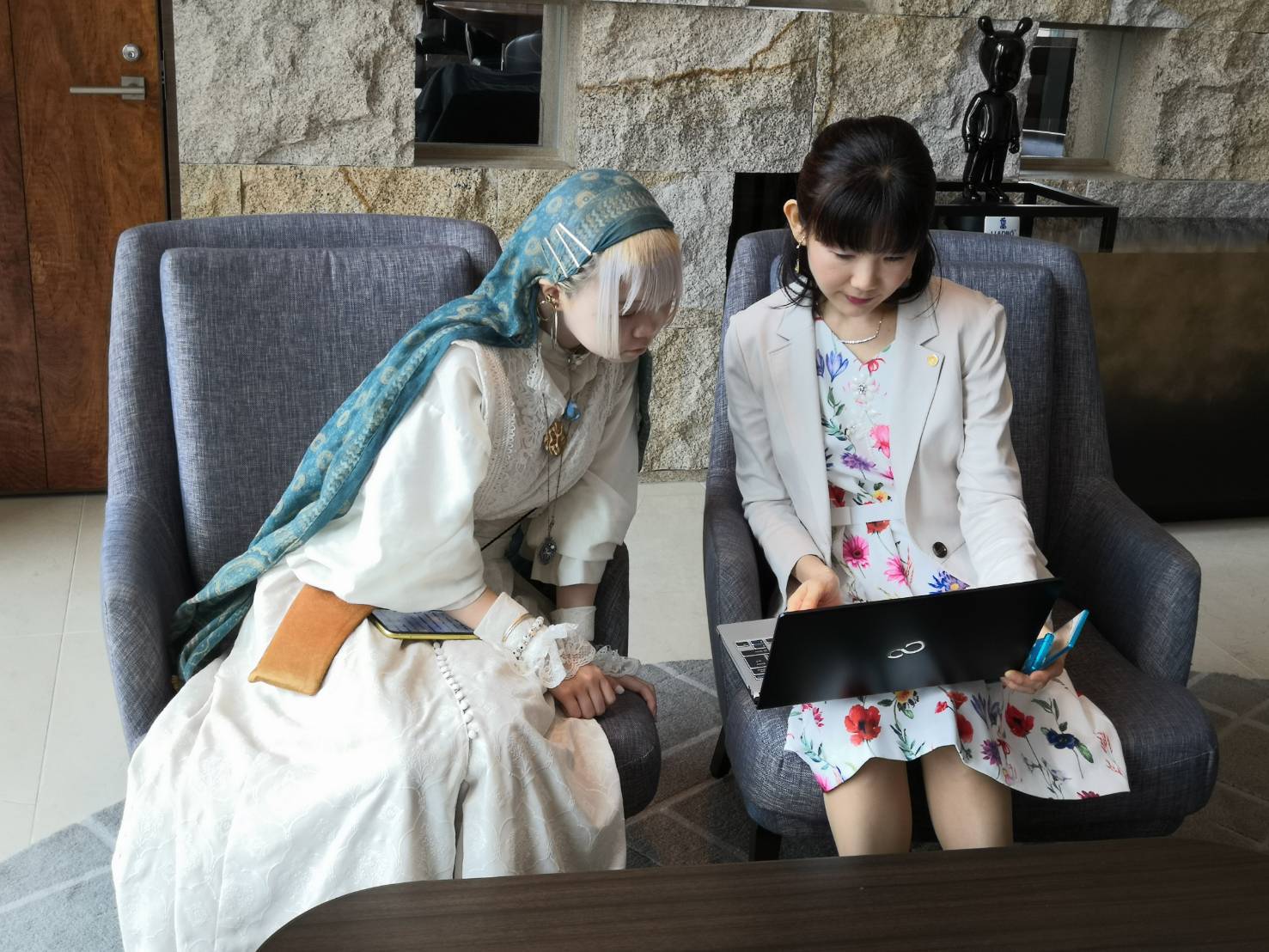 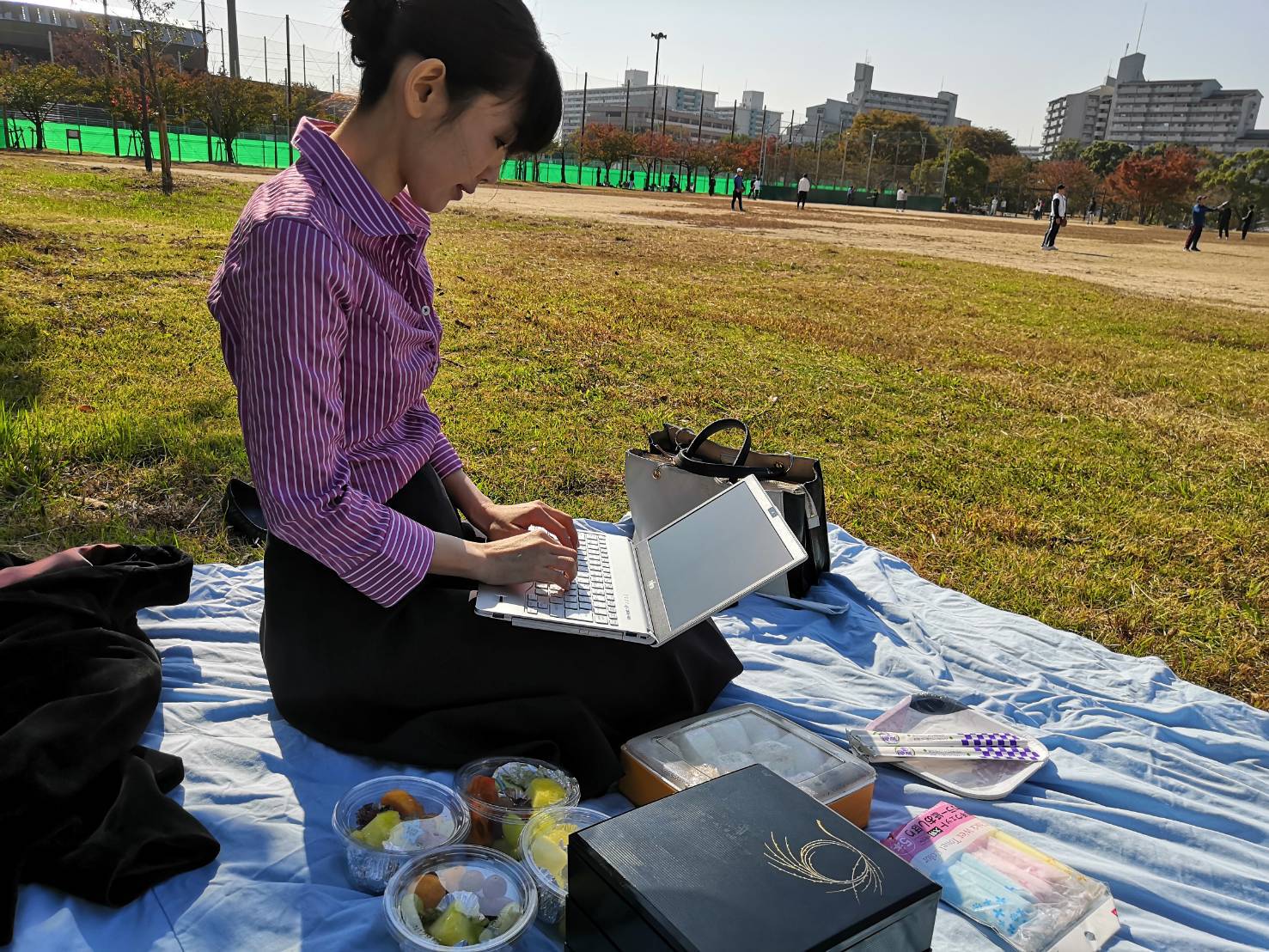 More focus on registering a Branch Office in Japan. 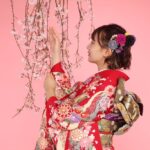 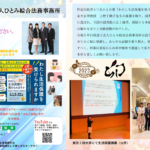 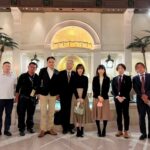 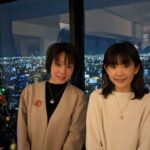 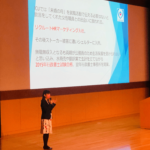